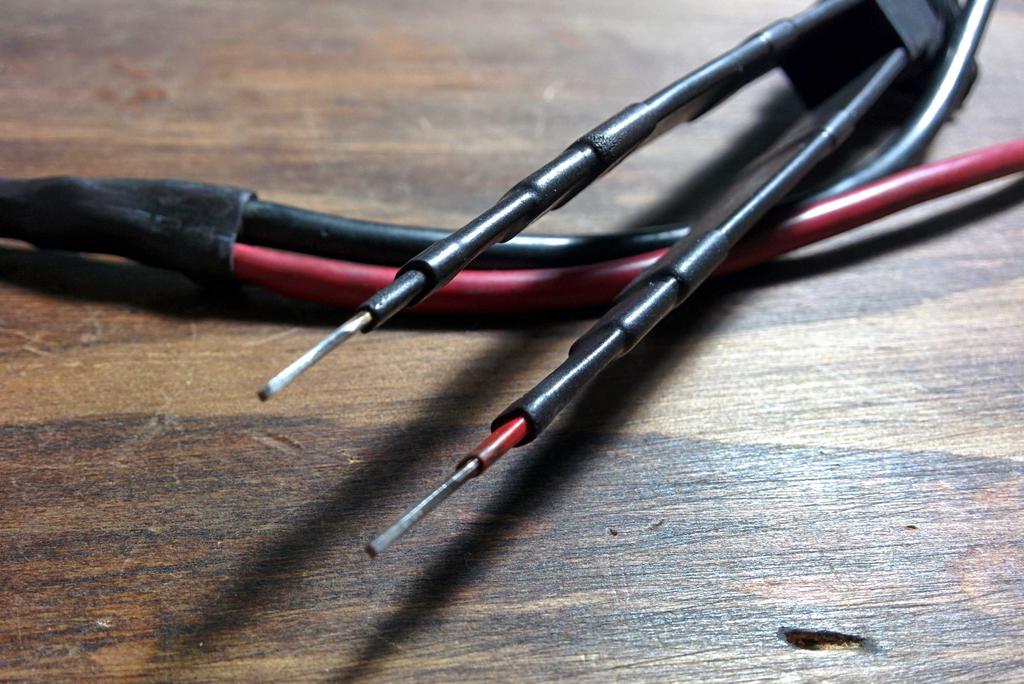 I bought these locking tweezers from a sale bin at Northern Tools a while back for $0.25, hoping to use them for SMD work. After trying to use them for this purpose, the likely reason for their markdown was clear - they were crooked, preventing the tips from meeting reliably when closed. Wanting a better way to probe SMD parts with a multimeter, I repurposed these to make a pair of multimeter tweezers.

To start, I raided my scrap bin, collecting a bit of coiled wire (from an old cellphone car-charger), some 90 degree banana plugs, a few small screws, some plastic standoffs and assorted bits of plastic, and some heat-shrink.

I cut the two sides of the tweezers apart with a hacksaw, ground down the sharp edges with a bench grinder, and connected them with the screws (covered with multiple layers of heat-shrink to prevent conduction between the two halves) and assorted bits of plastic to create an electrically isolated but solid mechanical connection. I then roughed up the back end of each side of the tweezers using a bit of sandpaper, fluxed them using a flux pen, and soldered the wires to them (which would have been rather difficult without the flux). 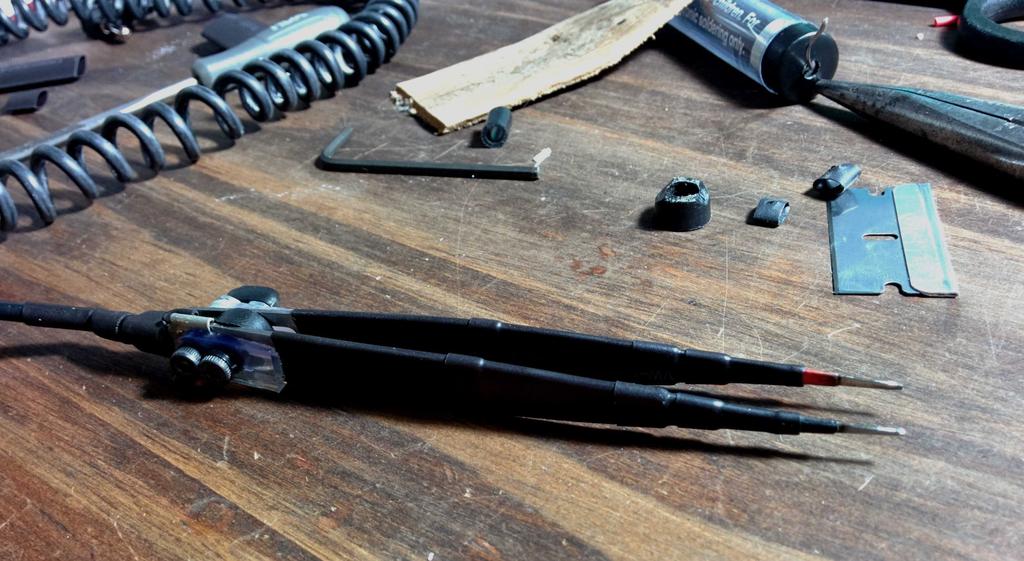 After soldering and heat-shrinking the rest of the connections, I insulated both sides of the tweezers using additional heat-shrink, using red and black heat-shrink near the tips to denote polarity. 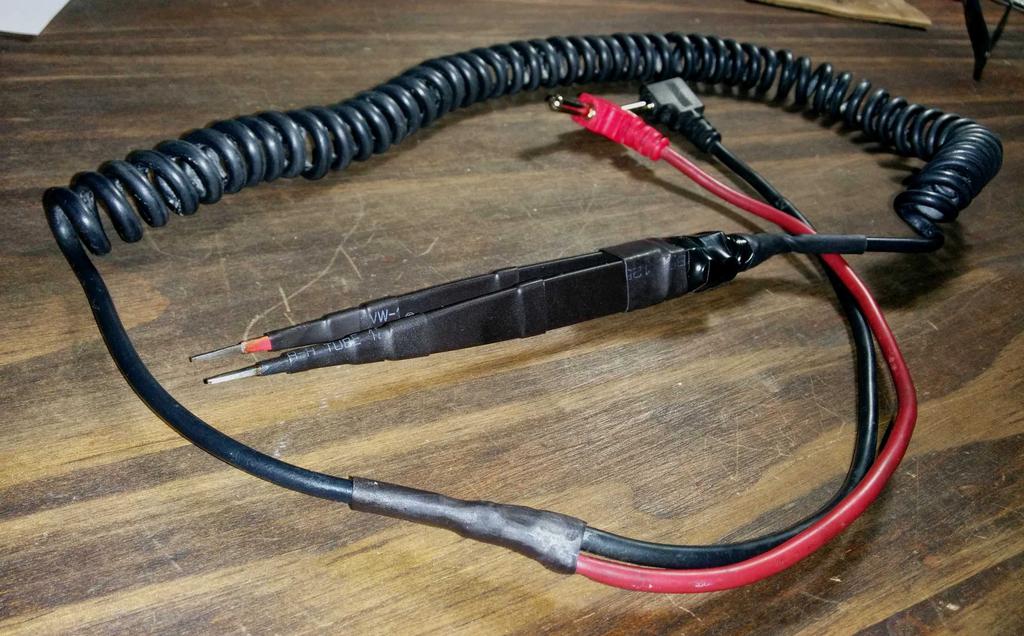